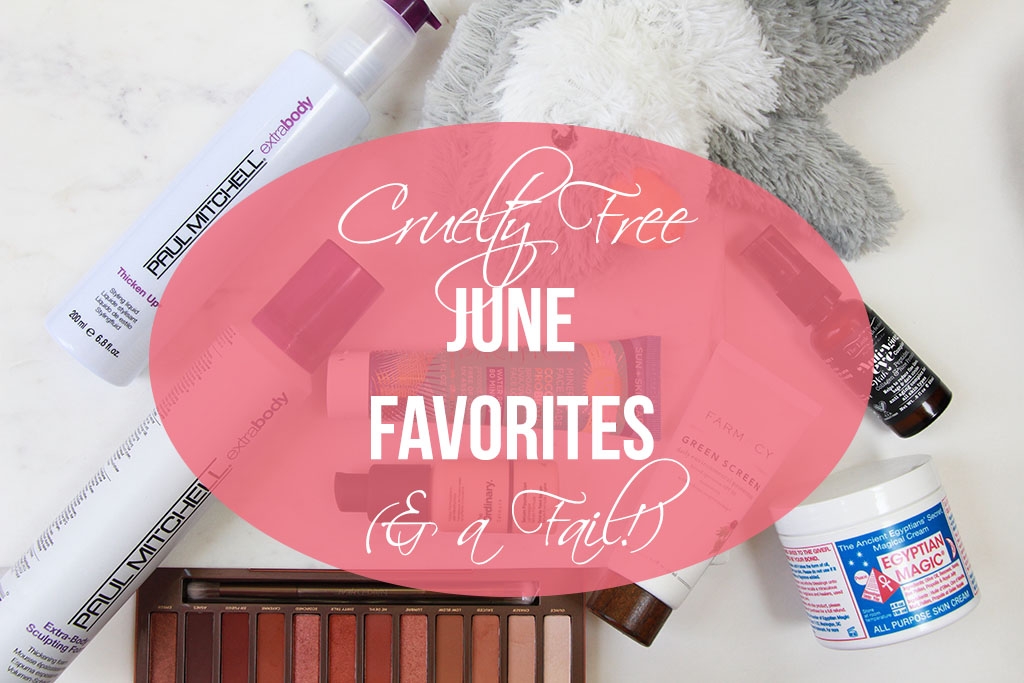 Happy official first Favorites of Summer!!! ☀️ I cannot believe that June is already coming to an end. I know, stereotypical blogger Favorites opening. 😜 It’s so true though! Seriously, where is the year going?!?! Enough! I have a lot of favorites from June so I’m not going to ramble…too much! 😉 We’ve got some hair care, skin care, SPF – good and bad – body care, makeup and something kinda random. So let’s get into it!!! 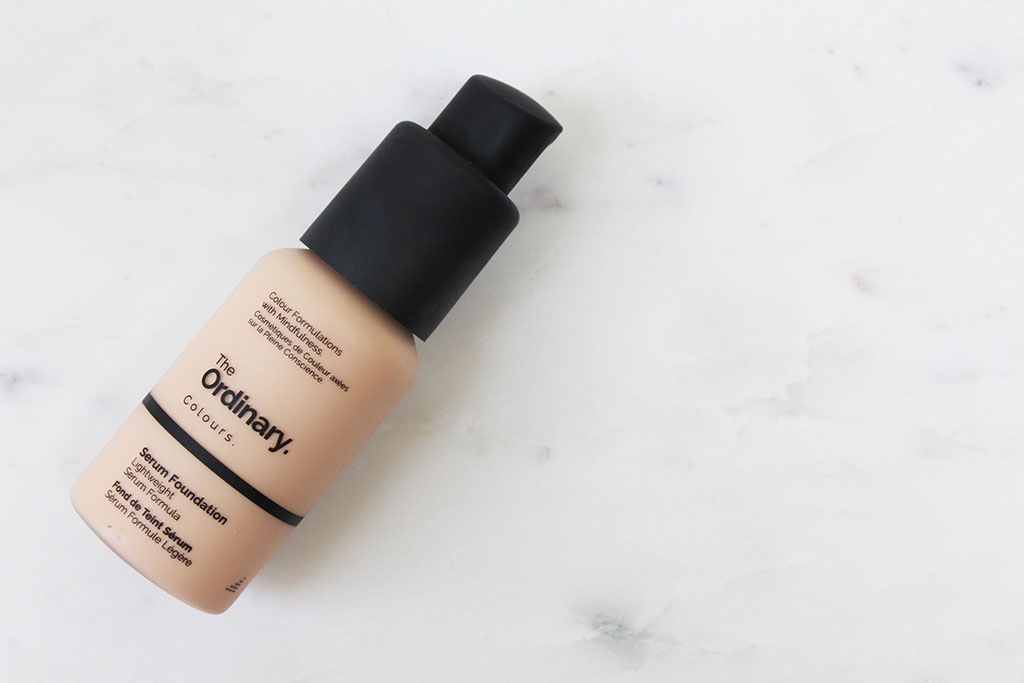 I’m going to go a bit backwards and start with makeup. That’s often the most exciting anyway, am I right? 😉 I couldn’t really go through June without mentioning the amazing new Colours Serum Foundation from The Ordinary. I won’t go in to too much detail since I recently reviewed it here, but it’s absolutely wonderful! It has a good medium-buildable coverage with a pretty natural finish. It doesn’t seem to accentuate texture (one of my major complaints) and I feel like it would work well on many skin types. The shade range is impressive as well, and the price is fantastic (under $10)! It has decent wear time – it will get me through an average day with no trouble, but it’s not a 24-hour kind of iron mask. 😄 Anyway, it’s fantastic and has definitely been my go-to for foundation throughout June. Get yourself on that waitlist if you haven’t managed to snag it yet! 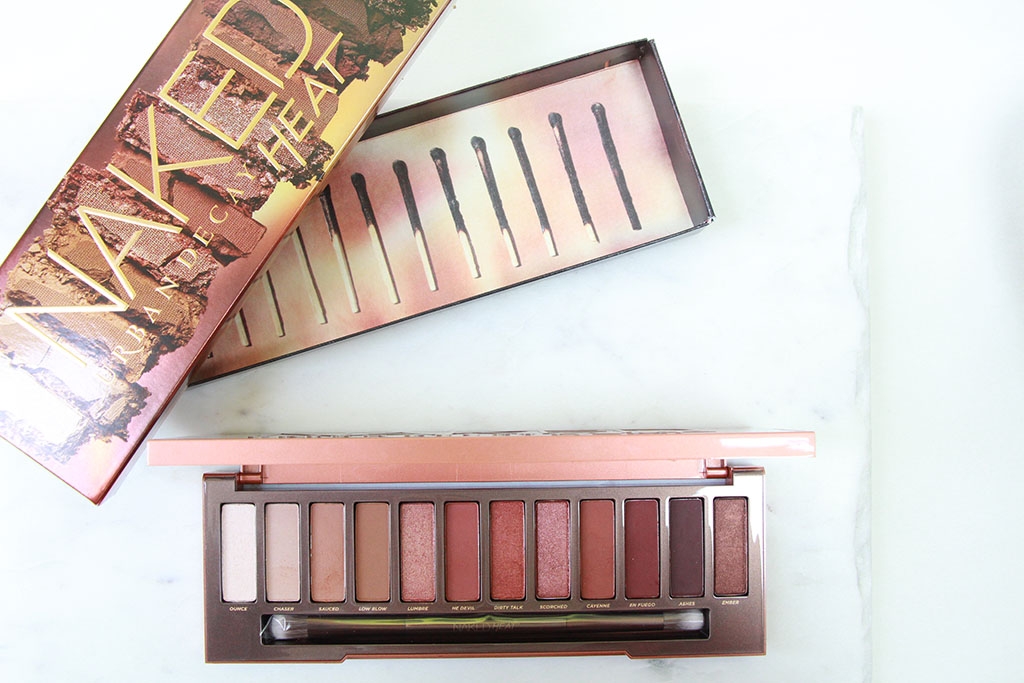 Next thing is another hot item. 😜 It arrived mid-month, but I love it so much it needs inclusion. It is the Urban Decay Naked Heat Palette!!! Yes, the hype is real. I have all of the Naked palettes – 1-4 and all of the Basics so I’m pretty familiar with them. There is something about the quality of the shadows in this palette that is actually better than prior palettes! The mattes in particular are just fantastic. They blend so well, are quite pigmented and, unlike most of the “traditional” Naked palettes, there’s a decent number of them! I will say that I wish there was at least one more lighter shimmery shade to add more of a pop to a daytime eye, but that’s really my biggest complaint. As for glitter-bomb shades, I’ve only found one that seems to have just a bit of glittery fall-out (“Scorched”) and it was pretty minimal compared to most glittery Urban Decay shades. It’s also not terribly glittery on the eyes, so I’m not sure why they bothered adding it in the first place. The packaging is so well thought out and clever – the palette pulls out of the box like a matchbox! So cute! It’s housed in a sturdy plastic case a la the Naked Smokey palette so I think it would work really well for traveling too. It is clearly a warm-toned palette filled with orangey-red hues so if you don’t like those colors, skip it. Also, it’s not the easiest to create a less dramatic eye look with these shades, though it’s not impossible. You’re just going to have more options on the smokier side of life…which is totally my thing! 😉 For me, the Urban Decay Naked Heat Palette is totally rocking my world and I’m loving playing with it since it arrived!!! 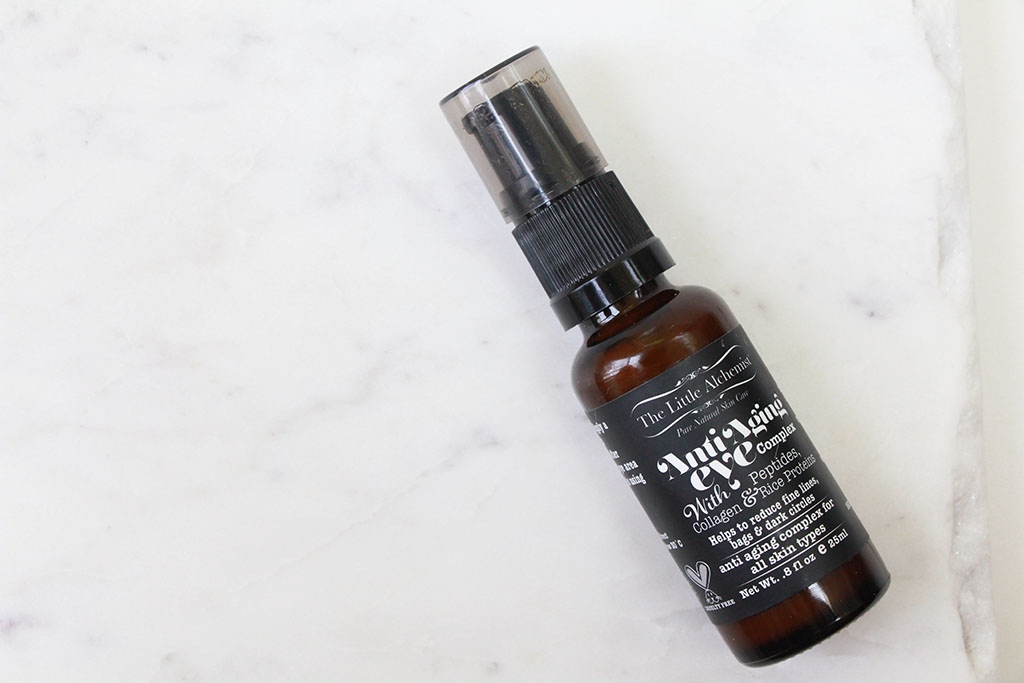 Let’s move to skincare. I started using a new evening eye cream that I really love – The Little Alchemist Anti Aging Eye Complex with Peptides, Collagen & Rice Proteins. I don’t know if it’s anti-aging or not and I can’t say that I’ve noticed a huge difference with under-eye darkness or anything, but it’s so comforting and hydrating! It’s a surprisingly thin lotion-like consistency with a pump dispenser (love that for any skincare!). You need the tiniest amount to cover your entire eye area and then some. I actually have trouble not getting too much product out, but it absorbs quickly and easily so a bit extra never bothers me. The consistency is on the runnier side, but it soaks in beautifully, making my eyes feel soothed and just really nicely hydrated without any thick heavy feeling. I feel as though the little millia bumps under my eyes may have gotten a smidge better, but not certain on that. I believe this is an all-natural product (at least as close as possible), as well as vegan. It’s an Australian brand, but you can find it on the Petit Vour site. Highly recommend to anyone looking for something lightweight but still hydrating. Oooh…I bet putting it in the fridge would be glorious in the mornings too! 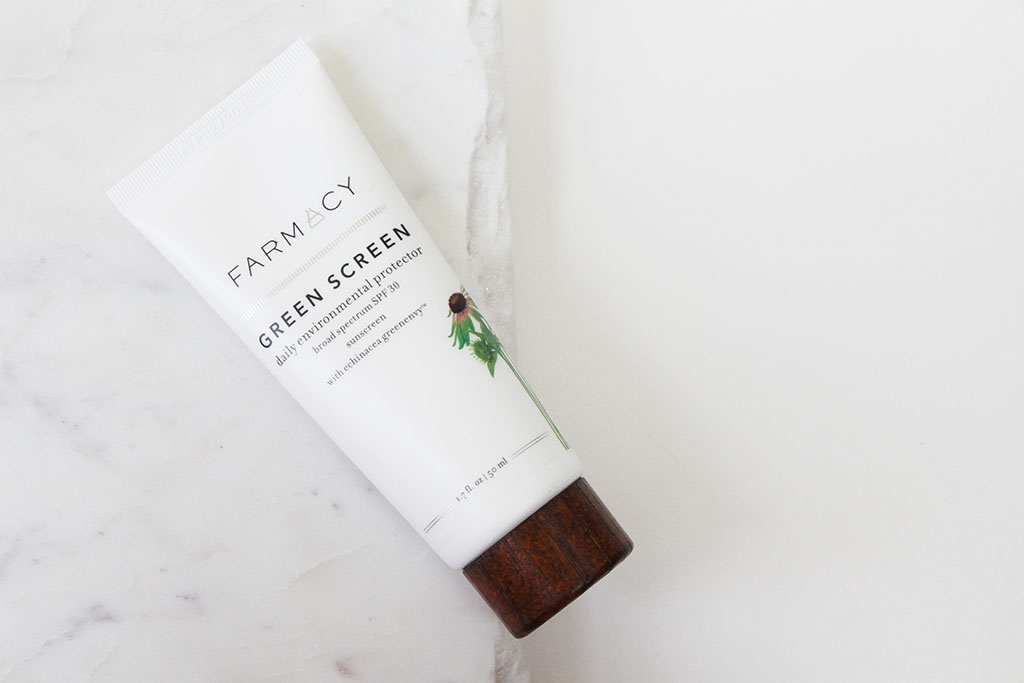 Since I’ve switched my skincare entirely (one of the more exciting parts of starting Accutane 😉), I’ve swapped a moisturizer and sunscreen in one for two separate products. Since I refuse to go without a daily facial sunscreen and probably need it even more while on Accutane, I have tried a few over the past couple of months. Hands down the winner is the Farmacy Green Screen Daily Environmental Protector Broad Spectrum SPF 30! I tried it on my hand in Sephora one day just out of curiosity and it was surprisingly comfortable on my hand. When I started switching my skincare routine, I immediately thought to include it. So glad I did! It’s a lightweight lotion that absorbs really quickly with no white cast and you absolutely cannot feel it on the skin in any way, shape or form! I’m not sure I’ve ever encountered such an undetectable sunscreen before! It’s glorious!!! I wouldn’t use this alone for a full day spent in the sun on the beach – I wouldn’t rely on any daily sunscreen for that – but when you’re just running errands or kind of in and out of the sun throughout the day, this is perfect! Highly recommend giving the Farmacy Green Screen a go!!! 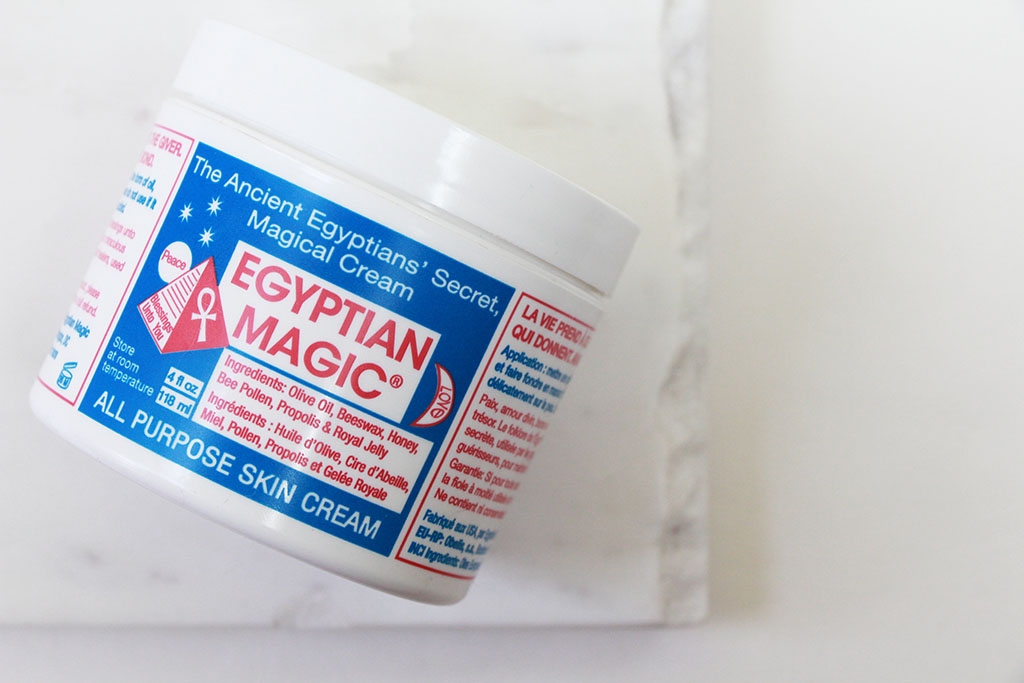 Moving on to a bit of body care. I’ve been using Egyptian Magic on my elbows pretty much all month and it has honestly repaired and saved my always cracking and peeling elbows!!! 🎉 This solid balm-to-oil is absolutely not vegan as it’s chocked full of bee-related ingredients. I’m ok with that, though I was a bit wary to try it since I’m allergic to bees! 😱 Fortunately no negative reactions here, but definitely use with caution if you’re also allergic. The ingredients are simply “Olive Oil, Beeswax, Honey, Bee Pollen, Propolis & Royal Jelly.” The texture is similar to that of coconut oil in that it’s solid until your body heat helps melt it into a gorgeous oil-based balm. It is a bit greasy, but I only use it on my elbows and only before bed, so I don’t find it too troubling. My elbows were so flaky they were literally cracking and bleeding before this and after? Soft and smooth!!! At least as much as an elbow can be. 😂 If you’re ok with the ingredients and are having trouble with particularly dry skin – feet perhaps? I need to try that, though I would definitely make sure to wear cotton socks after application!!! Anyway, I would highly recommend giving this stuff a go! It really is magic! 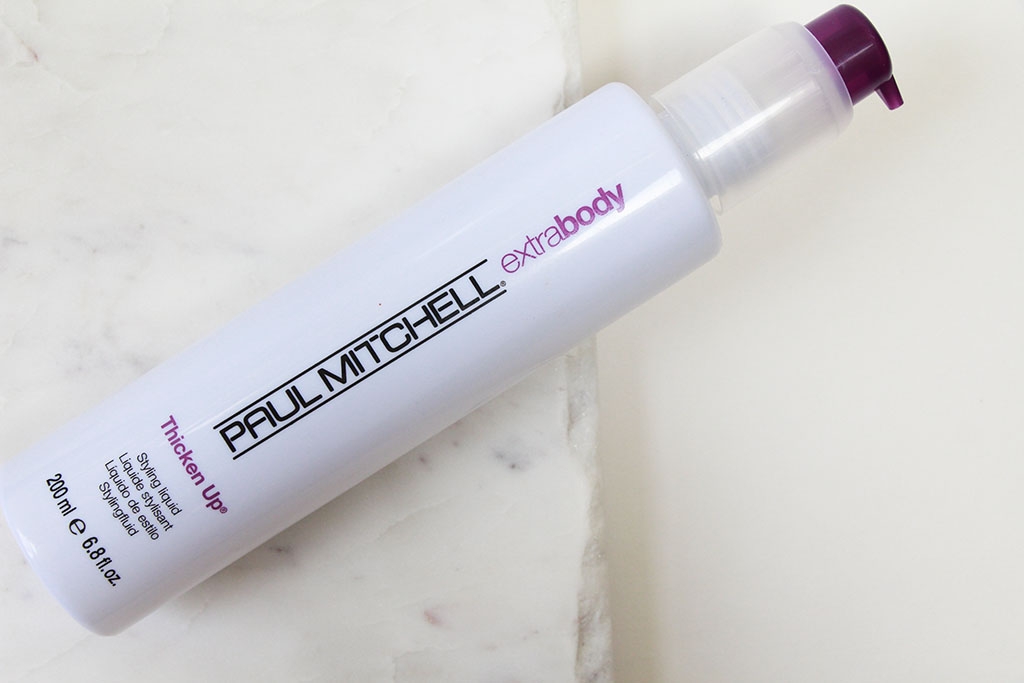 Now we’re on to hair. I’ve been trying to replace my Living Proof products because so many people raise concerns about their cruelty free status when I mention them. I’m not convinced that they aren’t cruelty free, but I don’t want to take chances either. Naturally I started with  some items from Paul Mitchell and I swear they’re actually better options in terms of performance as well!!! 🎊 I’ve been using the Extra Body Thicken Up Styling Liquid and the Extra-Body Sculpting Foam and my hair hasn’t felt so thick in ages…even after straightening it with a flat iron! It’s wonderful! They also smell good, but not so strong that I can still smells it hours later. It’s only noticeable while I apply it. I apply them both on damp, towel-dried hair and just let my hair air dry as I normally would. If I’m feeling like looking more presentable, I’ll run a flat iron over it once it’s completely dry and it still feels healthy and thick! The thickness also lasts for a good couple days and only seems to “fall” when my hair is in need of washing again. I haven’t experimented with using just one at a time yet because they work so well together! Absolutely wonderful improvements on my former Living Proof regimen so I’m never looking back! 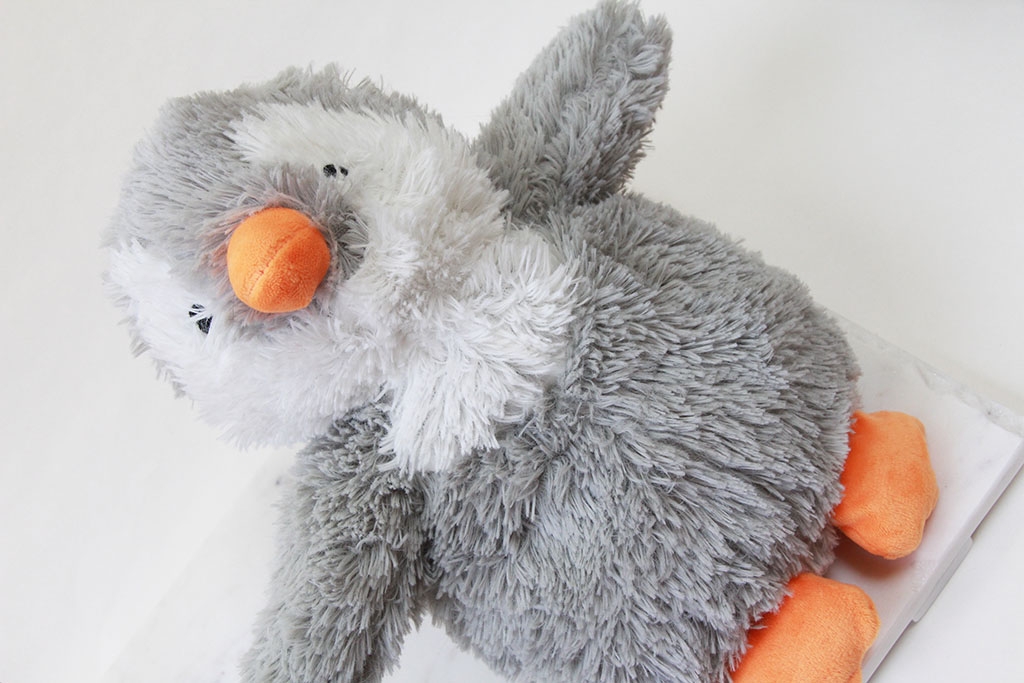 Finally, my weird item is a heating pad of sorts. I get debilitating menstrual cramps some months and rarely does anything help much – I was even given narcotics at one point to deal with it! Oddly, I’ve never tried a heating pad because I always think of it as tethering me to a wall by an electric cord. Something clicked in my mind that there are hot water bottles, so why not go that route? Well, I found an even better option – the Warmies Heatable Soft Toy! I’m almost positive these are for kids, but who doesn’t feel better having a cute little plush penguin warming up their abdomen? 😂 You just throw the whole thing in the microwave for about a minute (poor penguin!) and you’ve got a long-lasting little warm friend to help soothe the cramps. It’s not a miracle worker, but it helps a bit. I’ll take whatever I can get!!! 😂 I believe that it is filled with flaxseed – that’s what retains the heat – and it adds a bit of weight to the penguin as well, which also helps the cramping. My little penguin has become a great friend (sadly!) and I’m so glad I found him!!! If penguins aren’t your thing, they have tons of creatures available on Amazon. If you are ever in need of some kind of heat therapy, I recommend checking these out – especially for the abdomen because it’s the perfect size! 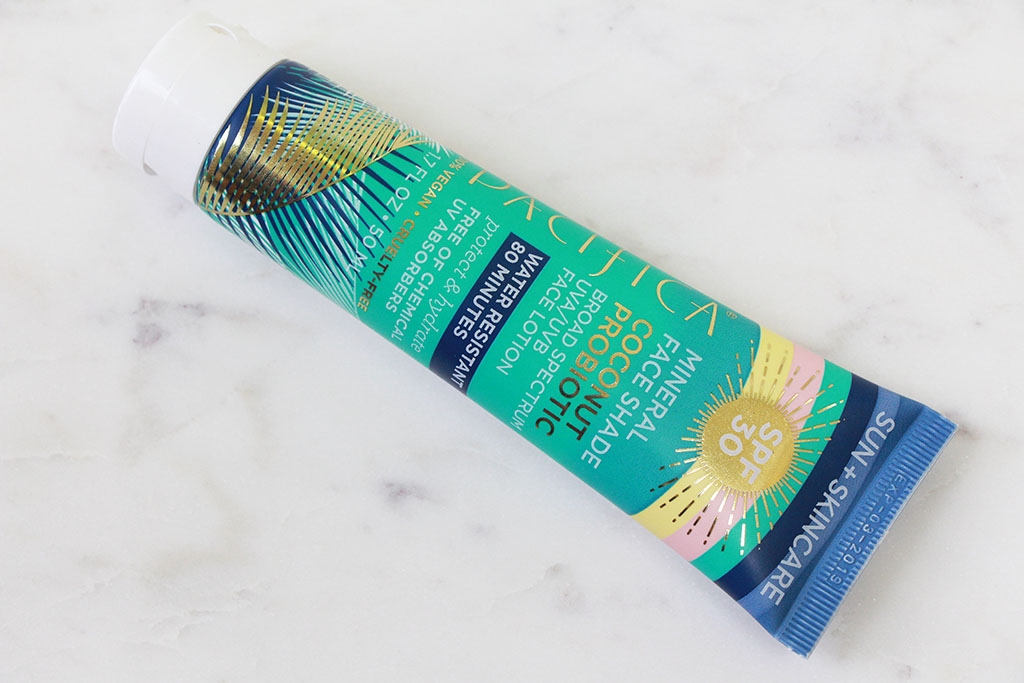 And now we get to my truly disappointing fail. It’s one of Pacifica’s new facial sunscreens – the Pacifica Mineral Face Shade Coconut Probiotic Broad Spectrum UVA/UVB Face Lotion SPF 30. This actually has a beautiful texture and smells amazing, but it leaves such a terrible white cast. I’m fair enough that with enough time and effort I can manage to more or less blend it in, but it takes a decent amount of work. More work than I am willing to do. If it weren’t for the intense white tint, I’d probably really enjoy this sunscreen, but I just can’t. It is affordable, but you’re better off trying something else. I hate to say that but it’s true! 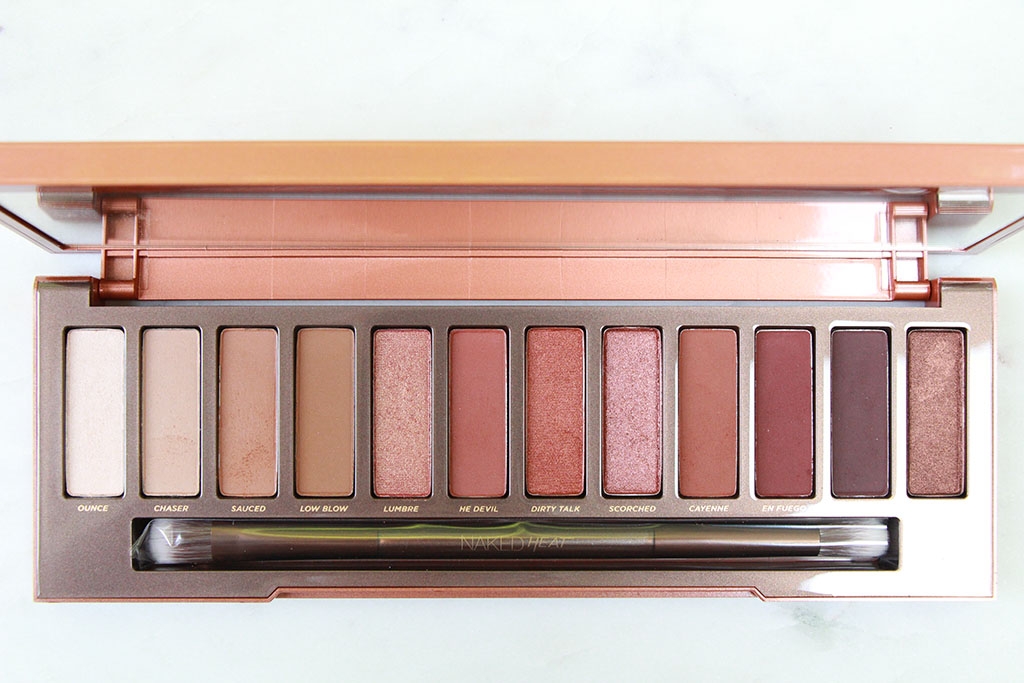 That’s going to do it for my June Favorites! I actually feel I could mention more, but this is already pretty lengthy! 😂 It’s been a good month for products and I’ve been trying a lot of new skincare in particular thanks to the beginning of my Accutane experience. I may do a post about what I’ve been using in that respect, but we’ll see. Certainly if I find a routine that works well for me I will post about it, but so far my skin hasn’t changed much! 🎉 If you would like to see the daily progression of my skin with the occasional product pic, I have started a second Instagram account to document the progress. If you’re interested, it’s simply @GuineaPigTries on Instagram. I may add a weekly, bi-weekly or monthly update on the blog as well, but it would be in addition to my regular content for those uninterested. I’ve missed my first week already, so we’ll see how that goes! 😂 Since I don’t have a lot to report yet (which, yea!!!), I’m not sure it would be that beneficial but it’s a seed in my head. Enough rambling! Goodness! Thank you so much for stopping by and I hope to see you again soon!!! 💖 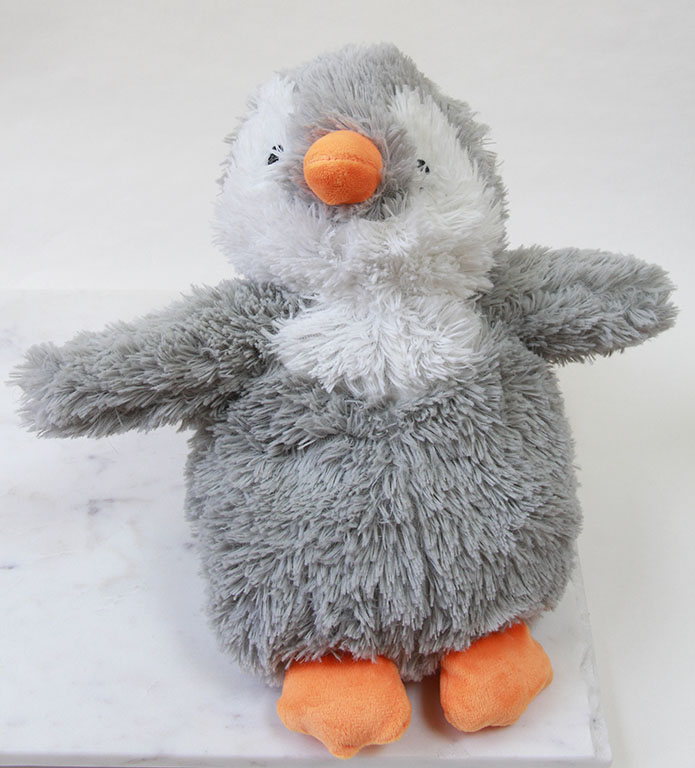 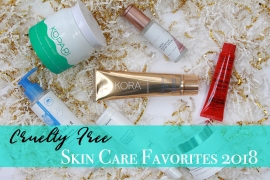 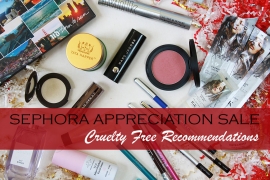 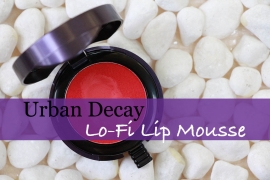